The dive of the month, Tikehau

After 15 years living in French Polynesia, I was looking forward to visiting Tikehau for the first time. Its main village “Tuherahera” is about 2km long and home to roughly 500 people. This beautiful atoll offers incredible Polynesian hospitality at its best! Indeed, during my circle island tour I was greeted with 500 ‘bonjours or ia oranas” (hello in the Maori language)…

Arriving at the TOPDIVE center located in the Tikehau Pearl Beach Resort, I was greeted by Antoinette and Vincent, the 2 friendly divecenter instructors. This small and friendly dive center features all the comforts of a PADI 5-star center also having recently introduced Nitrox as an alternative air source. I was anxious to explore the seabed of the island that, according to Jacques Yves Cousteau, renowned oceanographer in the field, is the most densely populated lagoon of French Polynesia in terms of fish life. 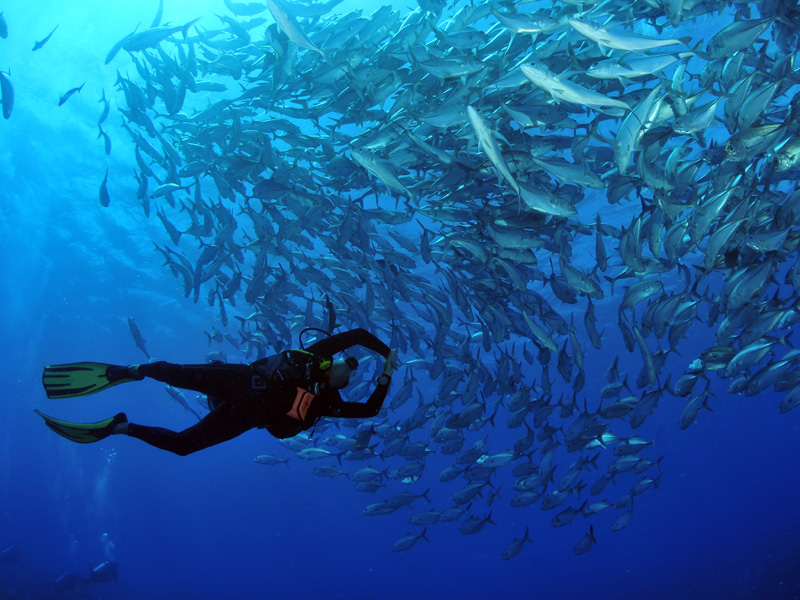 The unique pass of the atoll is located about 30 minutes by boat from the center. We had plenty of time to enjoy the beautiful passing landscapes and chat with the other divers.

Just before reaching the Tuheiava pass we were pleased to see the old village of Tikehau that is still inhabited by some fishermen. Arriving at the pass, the instructor identified an outgoing tide. As a rule-of–thumb, dives during an outgoing tide are done on the outskirts of the reef to avoid getting caught in the dangerous pass current. Hence, Antoinette stuck to this plan.

After a swift backroll entry, we immediately notice the incredible beauty of the coral. It was a huge coral garden with thousands of colorful fish…the adventure begins.

Cruising over the coral garden, my first encounter of the day was a hawksbill turtlepeacefully grazing on the sponges on the reef. The turtle continued its meal ignoring me while I approached it cautiously. I had the privilege of observing that scene at close range. Turtles are endangered in French Polynesia and high on the priority list for most preservation programs. Feeling really lucky to observe this rare animal, I felt like a groupie suddenly meeting his favorite movie star.

“ After a swift backroll entry, we immediately notice the incredible beauty of the coral. It was a huge coral garden with thousands of colorful fish…the adventure begins. ”

The other divers continued on the dive, since they evidently were not as bowled over by the presence of the turtle. I had to keep up and had to reluctantly leave my “star” turtle. I finned to keep up toward them crossing shoals of Peacock Damselfish and Bluelined Snappers. What fluid elegance! A Humphead Napoleon wrasse suddenly caught my eye. It made me think of a calm and plump “Buddha”.

I progressed in the middle of shoals of small colored fish. Another shoal composed of Sphyraena appeared from nowhere. It offered me magical moments.

And to top it off, we crossed the path of a “Tapete” (silvertip shark). Elegant with its tapered shape, its fine muzzle and its silver grey color, it was the first time that I saw this species. I certainly hoped it not to be the last.

With beautiful landscapes, the kindness of the local folk and the awesome dives… it had all the elements of an unforgettable stay in Tikehau. 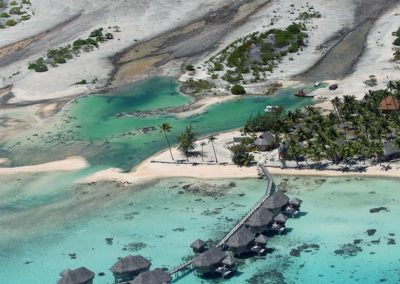 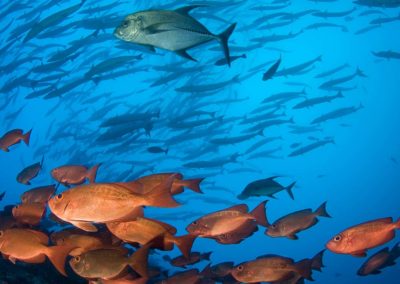 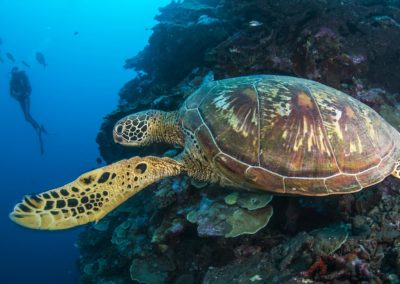 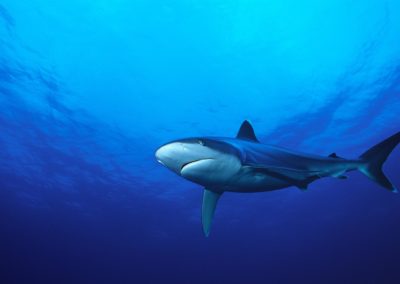 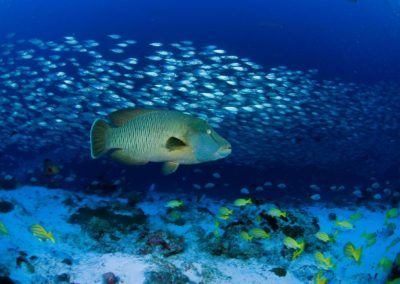 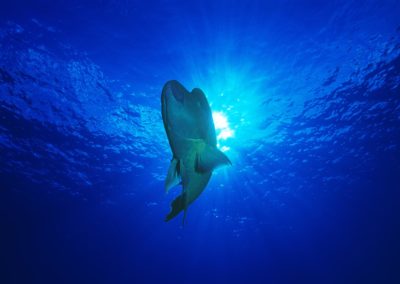 ← The Hawksbill turtle The Nurse shark →

The Great barracuda (Sphyraena barracuda) appears as the “giant” of the barracuda family. It measures around 6.5ft; it is the most impressive species in size. This long fish can weigh up to 110 Lbs. It has a silver-grey color that makes the species...
More
The buoy – Tikehau was last modified: November 29th, 2018 by Topdive
Share This