Home » The dive of the month » The Opunohu canyons, Moorea

Moorea, The dive of the month

I scheduled two dives in Moorea today. The TOPDIVE dive center is located in the heart of the Intercontinental Hotel on the North side of the island, not far from the 2 famous bays of Moorea – Opunohu and Cook’s bay.

There was an exceptional weather phenomenon predicted to arrive that day – a wave larger than normal proportions to hit the archipelago. This news was a bit disconcerting but I was relieved to find out that the dive sites were located also on the North side which would be completely sheltered from this phenomenon.

Getting to the divecenter at 8 AM, was scheduled to dive with a couple of seasoned French divers and a couple of honeymooners. After a quick equipment setup with divemasters, Guillaume and Philippe, we set off for the Opunohu Canyons about 15 minutes away. After a humoristic and fast-paced briefing from Guillaume, our divemaster and shark expert, we were all set to discover the Opunohu Canyons situated about 15 minutes away by boat. 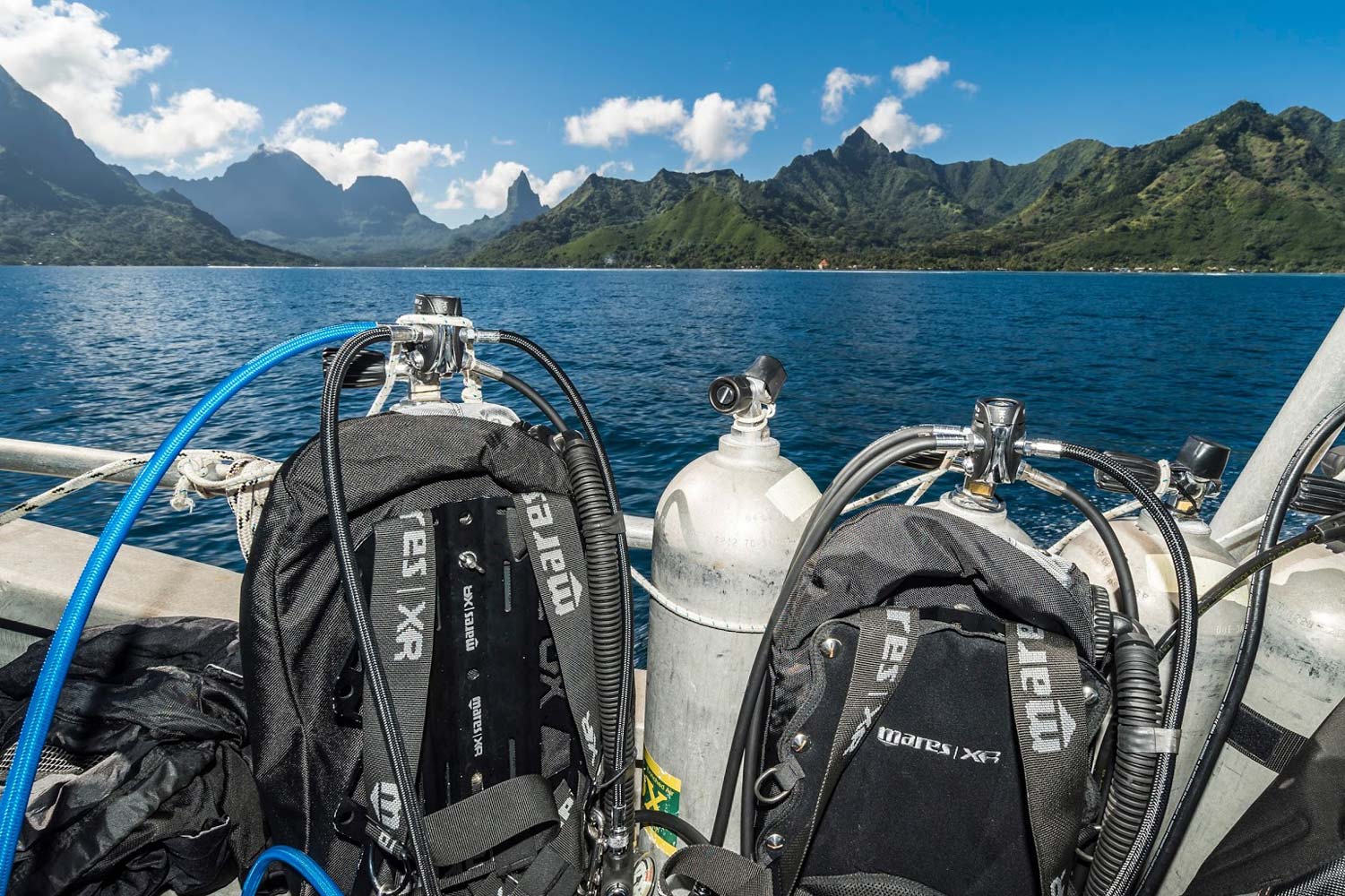 Diving at the Opunohu Canyons in Moorea

The Opunohu canyons were also known to be called Lemon shark valley or Shark’s dining room. This was supposedly THE place to see sharks. Located between both bays, outside of the lagoon, we would descend to a depth of about 60 feet to an expanse rippled with canyons, coral formations between the reef and the open sea.

“ We observed quite a number of species: lemon sharks, black tips, a large grey that in the beginning do not seem to be attracted to Guillaume and his stash. ”

A couple of years ago, Moorea had fallen victim to several natural catastrophes creating considerable reef devastation. Cyclones and infestations of the infamous “Taramea” or crown-of-thorns starfish had left the reef quite barren and lunar. Indeed, the presence of all the shark species, bluefin jacks and plenty of reef fish impressed our little dive group. Also, the dramatic topography of the canyons with its nooks and crannies harboured countless reef dwellers and some surprise sightings. First of all, there was a number of fish species that was encouraging along with the coral growth. There were a couple of Javanese moray eels inquisitively poking their heads outside of their holes; a solitary turtle foraging in the reef and distant sighting of a school of bluefin jacks and a stripped barracuda.

Descending to the canyons today was quite a revelation since I noticed more considerable coral growth than I expected to find. Contrary to hearsay, Moorea was not at all the barren wasteland that I had expected but definite signs of growth were evident. The dense fauna more than made up for the sparse coral formations to make an interesting dive. 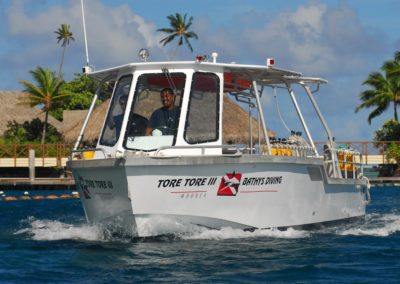 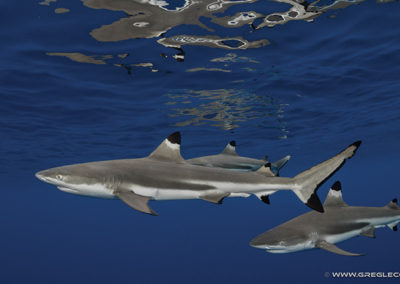 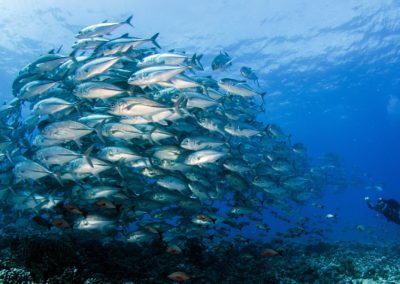 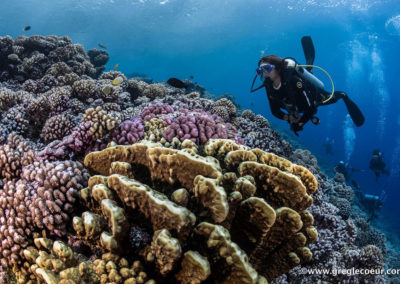 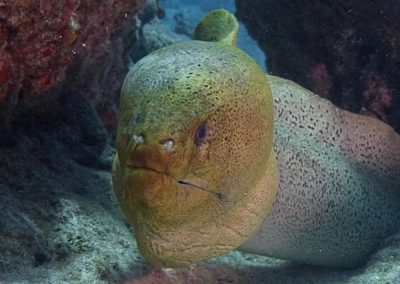 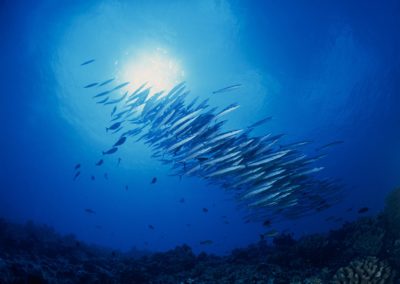 ← The lemon shark The Tapete shark →

The Great barracuda (Sphyraena barracuda) appears as the “giant” of the barracuda family. It measures around 6.5ft; it is the most impressive species in size. This long fish can weigh up to 110 Lbs. It has a silver-grey color that makes the species...
More
The Opunohu canyons, Moorea was last modified: November 29th, 2018 by Topdive
Share This